I got engaged on 9th August 2008, my then boyfriend (now husband) and I were sitting on my sofa in our PJs watching China compete on the Pummel Horse in the 2008 Beijing Olympics. He turned to me and popped the question after the gymnast made his dismount.  It was sort of surprise, as we had discussed getting engaged, I just didn’t know when.  He asked me to give him a few ring choices and he picked the ring from those. The boy did good.  It is a trilogy ring and is so delicate and suits my small thin fingers perfectly. 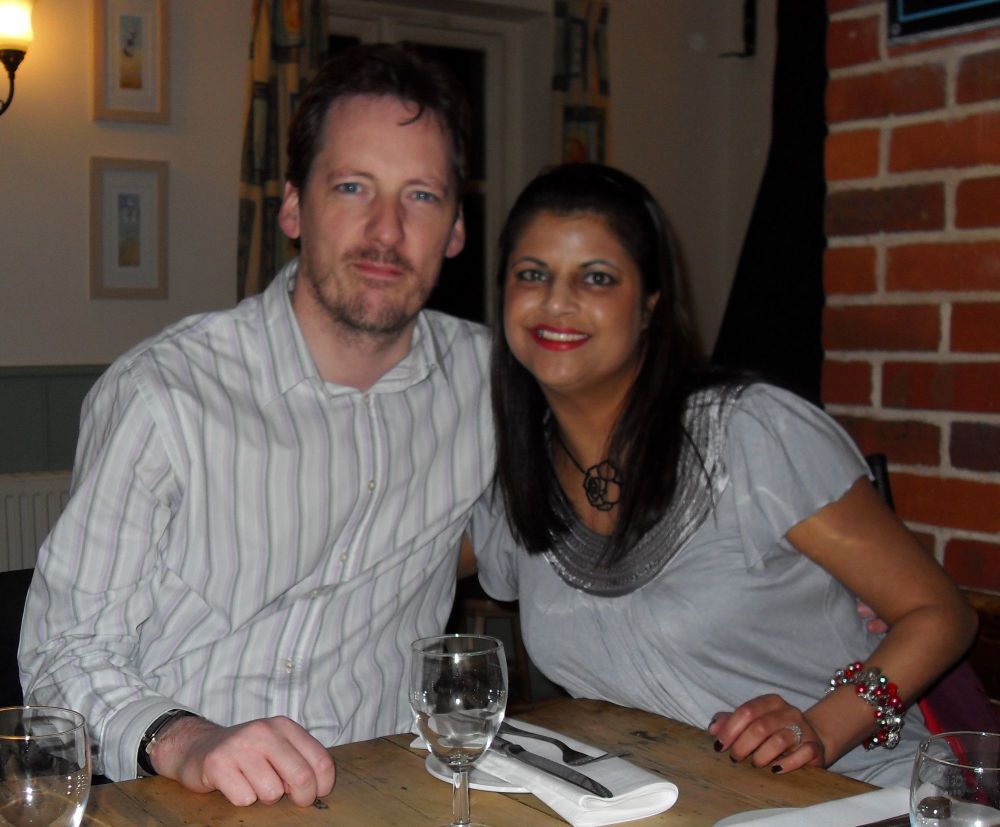 After he proposed, he had a shower and then went home to his house (at the time he lived in Coventry, he moved to Essex a few months before our wedding), so I was left with an afternoon of squealing down the phone to all my family and friends!

When the initial excitement died down (which took a while as we wanted to tell his mum in person and weren’t due to see her for two weeks), we started talking about dates.  I wanted to be married before I was 35, I had just turned 33 so we had a window of about a year.

In typical male style, Nick (my fiancé) thought we would be able to get a venue at the drop of a hat and it would be a Saturday.  We narrowed down the venues online and decided to look at just a handful. We were looking for the wow factor, but at the same time, something intimate where everyone was in the same room all the time as we didn’t want our guests to be scattered all over the venue. 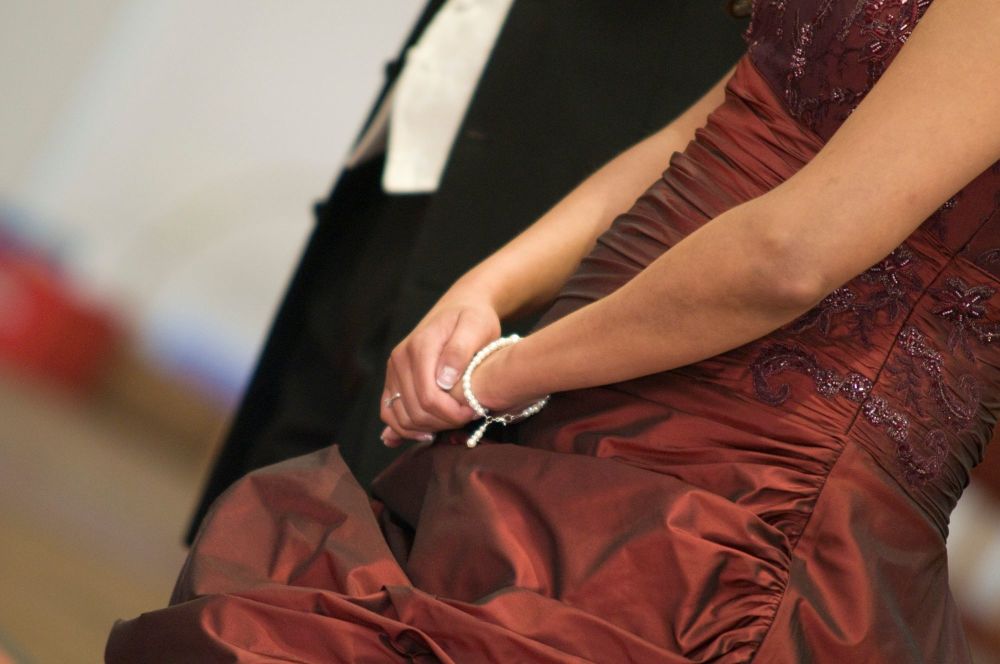 We only visited five venues, but it was enough for us to make our decision.  Nick wanted to get married in a church.  Our local church was being renovated and covered in scaffolding.  The bridezilla in me didn’t want scaffolding in the photographs so we had to find another church.  Luckily for me I had lived in a Parish long enough to get married in the church that we had our heart set on. 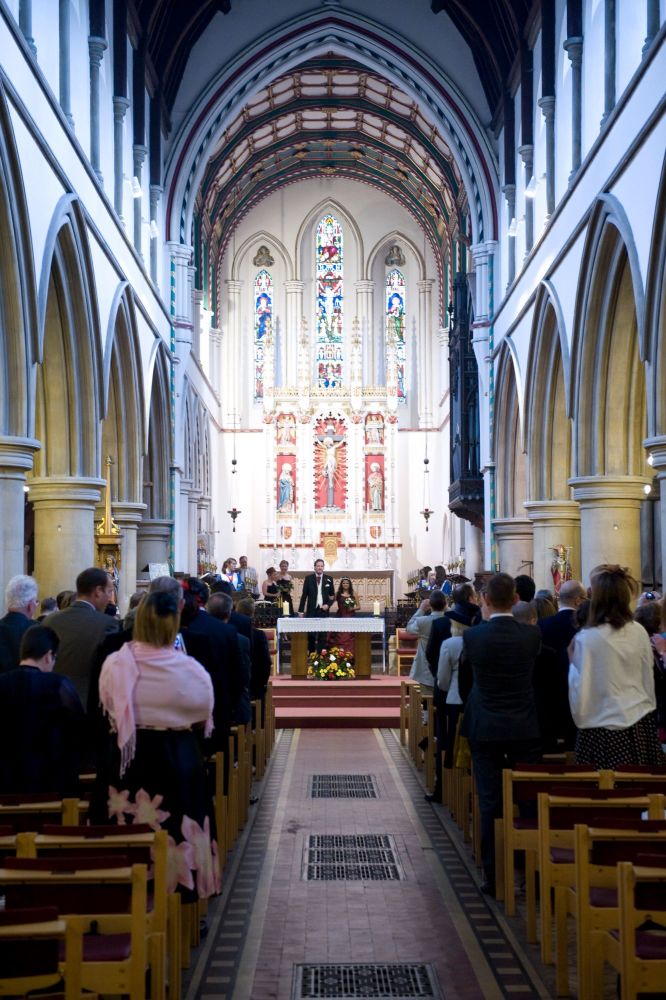 We had to go to marriage classes, and although I’m not a religious person, I found myself agreeing with their values of marriage and what it meant to us.  The classes were also a good way for the vicar to get to know us and vice versa.  All was going well on that front until the vicar converted to Catholicism and had to leave the church immediately.  This meant we were left without a vicar to marry us.  The church was advertising so we just had to wait and see what would happen.

Meanwhile, we finally chose a reception venue which was Stockbrook Manor in Stock, Billericay, in the Rose Room with the sunken garden, and everything stemmed from there. Nick is a fantastically organised person, me not so much.  He was in charge of the overall planning and we had spreadsheets galore for everything. 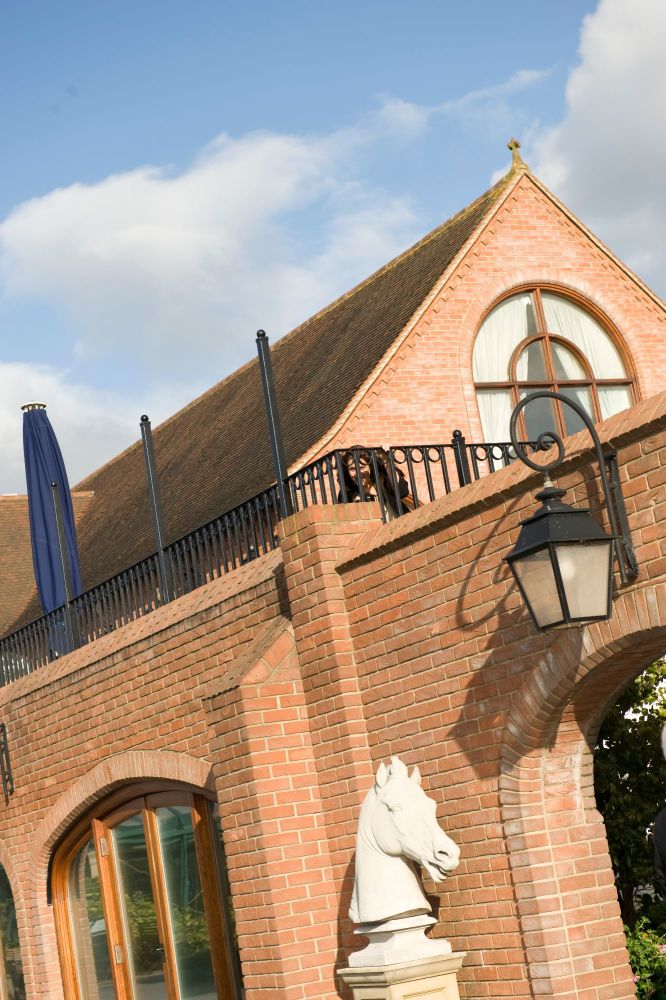 I was allowed to order the wedding rings.  Not being huge jewellery wearers (in fact it was the vicar that convinced Nick to wear a ring), we both wanted something plain, simple, and hard wearing.  I ordered what I thought were matching rings.  When they arrived, mine was huge and looked ridiculous on me.  Strike One, that task was taken off me and Nick took over ordering the correct ring for me. 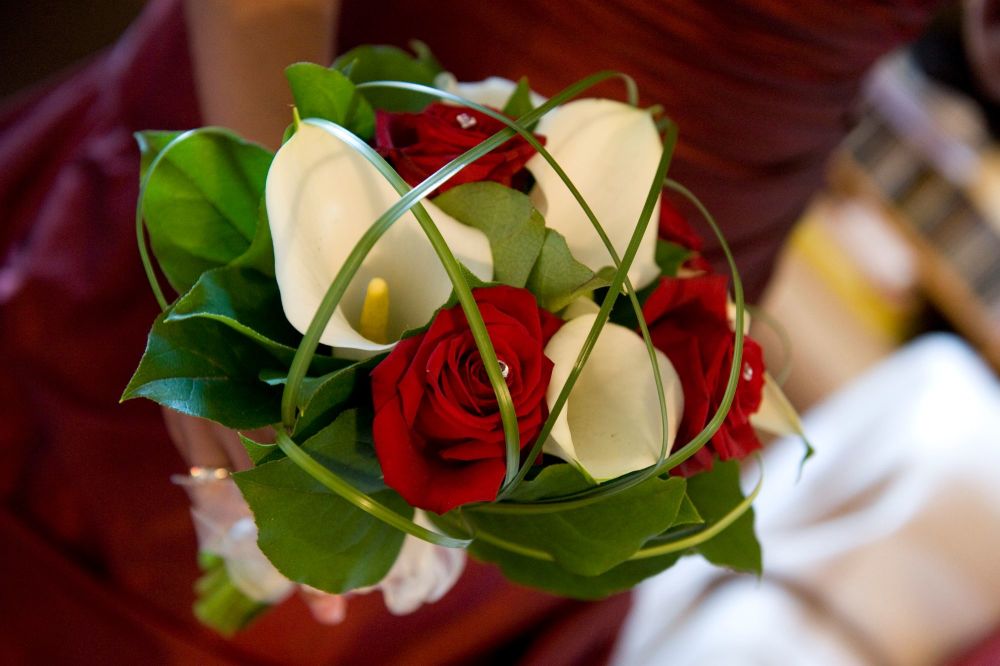 We wanted to lay on transport for our guests as most of them were from out of town, so we didn’t want them getting lost on route.  I booked a coach, which would pick them up from the various local hotels, take them to the church, then the reception and back to the hotels when the night was over.  I booked the wrong sized coach, it wasn’t big enough for the number of guests we had.  Strike 2! Nick managed to book an old Routemaster bus for the day time and a proper sized coach for the evening.

I took care of myself and the bridesmaids and Nick took care of the groomsmen.  He coordinated their suit hire so well, they were scattered across three counties, therefore, suits had to come from different stores.  He went to the fitting with his ushers and with my dad, he left the best man to do his own fitting due to logistics.

I took my bridesmaids shopping for dresses and accessories.  Not being a huge fan of shopping (I know, shock horror, but I’m a woman, I should love it!), I wanted to do it all in one hit. As I had a very good idea of what I wanted for my girls, plain black cocktail dresses which we found in Coast, it was easy just to home in on those and I managed to find matching shoes within twenty minutes of finding the dresses. 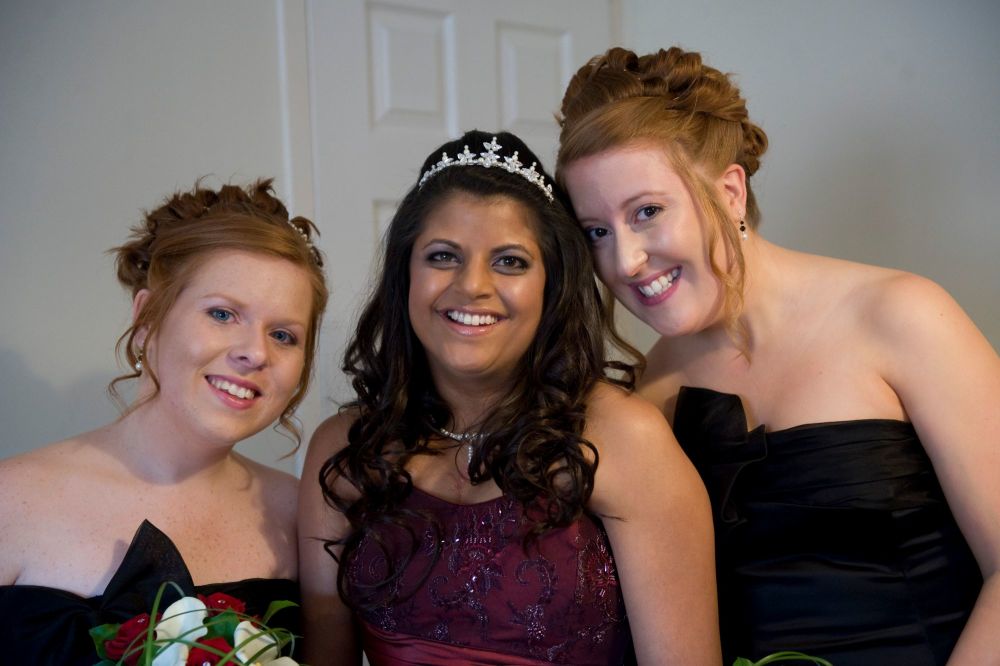 As my parents live a hundred miles away from me, getting them involved was difficult but I wanted to go dress shopping with my mum.  We went to a bridal boutique close to where she lives, and I found a dress that we both fell in love with.  We both cried, and we had a lovely moment, but again due to logistics, it wouldn’t have been viable to do all that travelling for fittings etc.

I ended up buying my dress from Matchmaker Bridal which is five minutes from where I live.  I took my sister and one bridesmaid with me to make sure I’d picked ‘The One’.

My wedding bouquets and button holes came from a florist two shops up from the wedding dress shop, so I really was keeping it local. As I’m not a wearer of high heels, I struggled with wedding shoes.  As my dress wasn’t ivory I was able to wear black shoes (stay with me here, it all works!), and I got a fantastic pair of Camper Mary Janes, which were so comfortable. 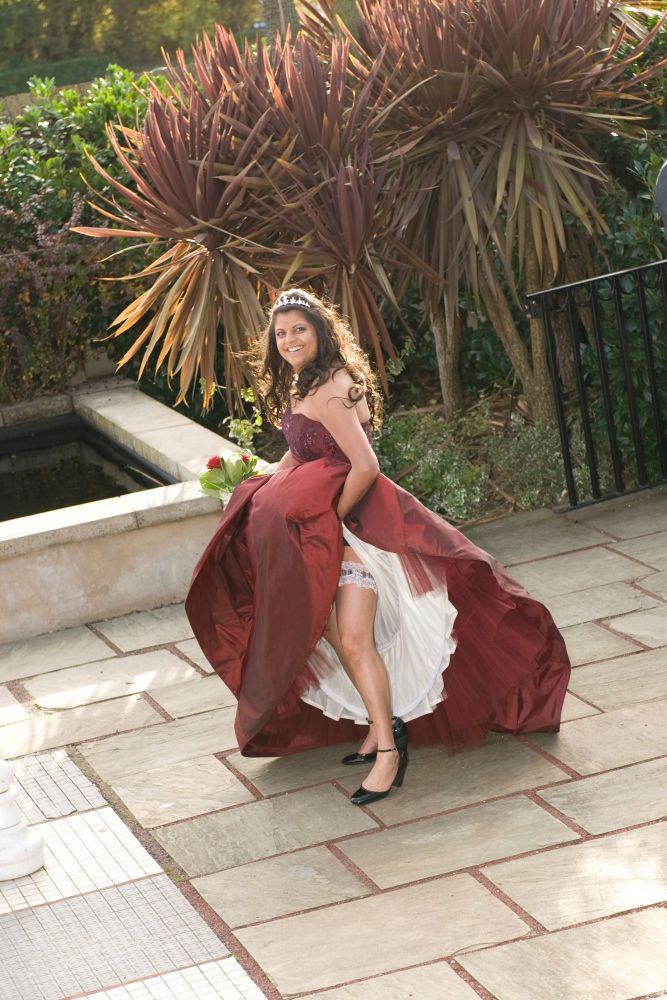 My tiara and jewellery, and the bridesmaid’s jewellery were all hand made by Charlotte Rose Accessory Design, who at the time was in Barleylands Billericay.  The pieces she made were perfect and timeless and I love that still wear them now. 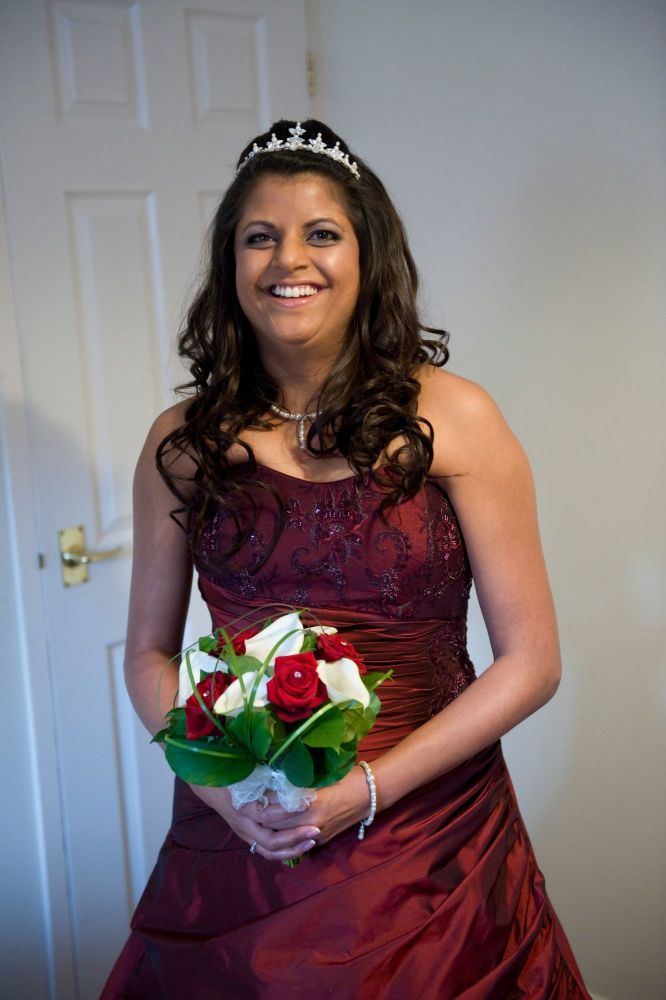 Nick booked beautiful vintage wedding cars and confirmed all the details with the venue.  He was extremely hands on and took so much stress from my shoulders, it really was a team effort.  We made our wedding invitations together, which was so much fun and probably the birth of Yours Occasionally, we laughed so much, and it really bought us closer together.  He had some great ideas for a theme.  Being a huge James Bond fan, he wanted to name the tables after Fleming’s books. He meticulously searched for images of the original book jackets, and they were used as the table name cards.  He found quotes from the books which he matched up with our guests, so on the reverse of everyone’s place card they had a James Bond quote specifically picked for them. I loved his attention to detail. 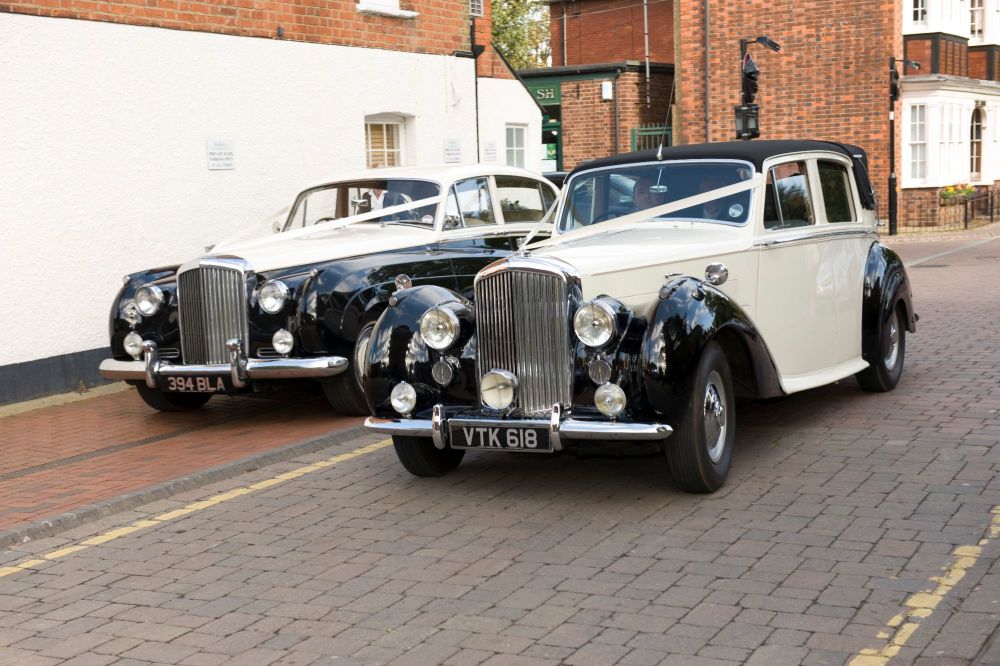 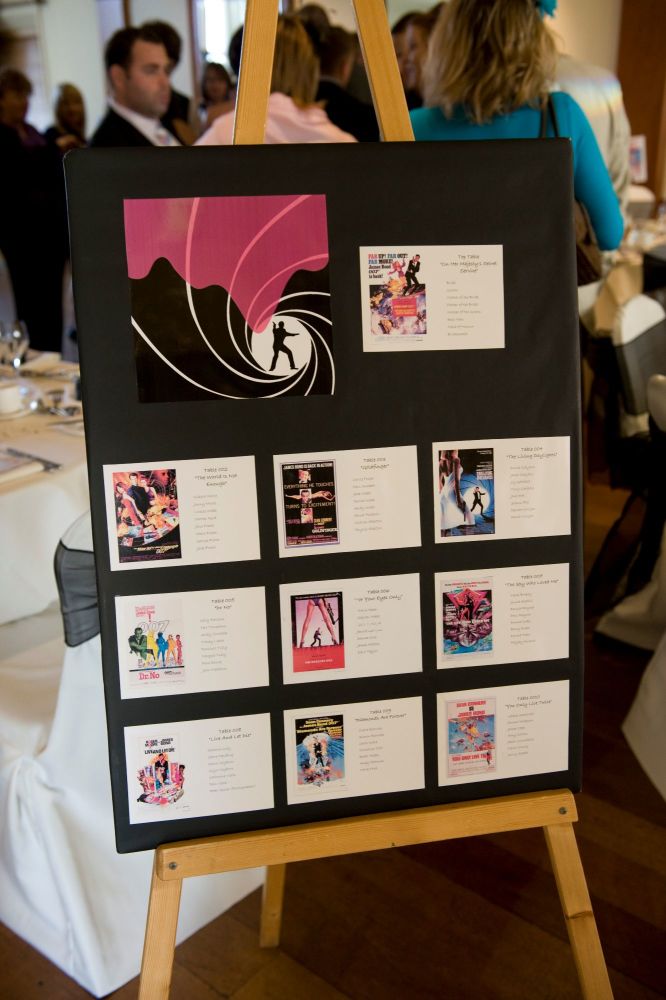 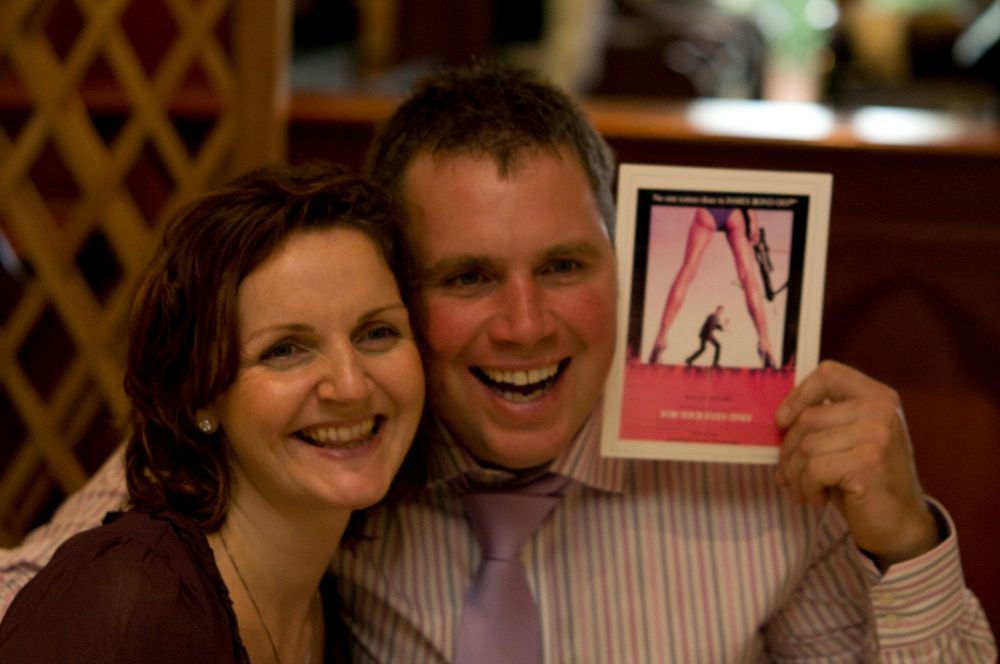 At the time a wedding cake wasn’t high up on our list of Must Haves (from the MOSCOW Rules), so we had a chocolate wedding cake from Marks and Spencer, which was delicious. 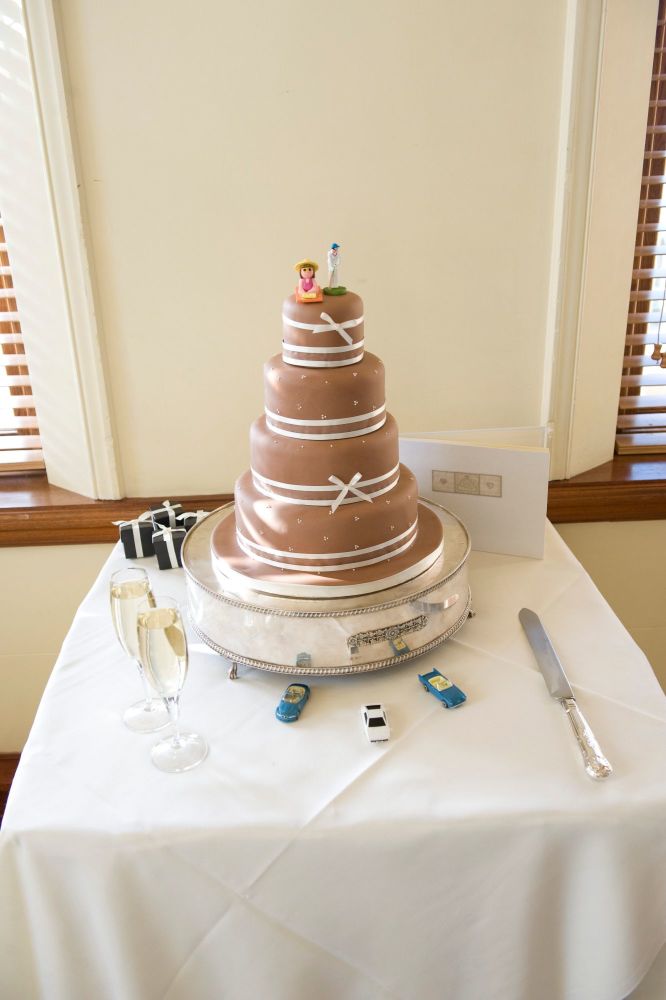 I had a friend who was a professional photograph who was going to photograph the wedding as a present too us. Due to unforeseen circumstances (his equipment got stolen and he moved abroad!!), he couldn’t do it.  Strike Three! We then had to find a photographer with two weeks to go before the wedding.  We were lucky to find Peter Spicer from Cinnamon Photography who stepped in at the last minute.  He is such a lovely guy, I knew he would work well with us. 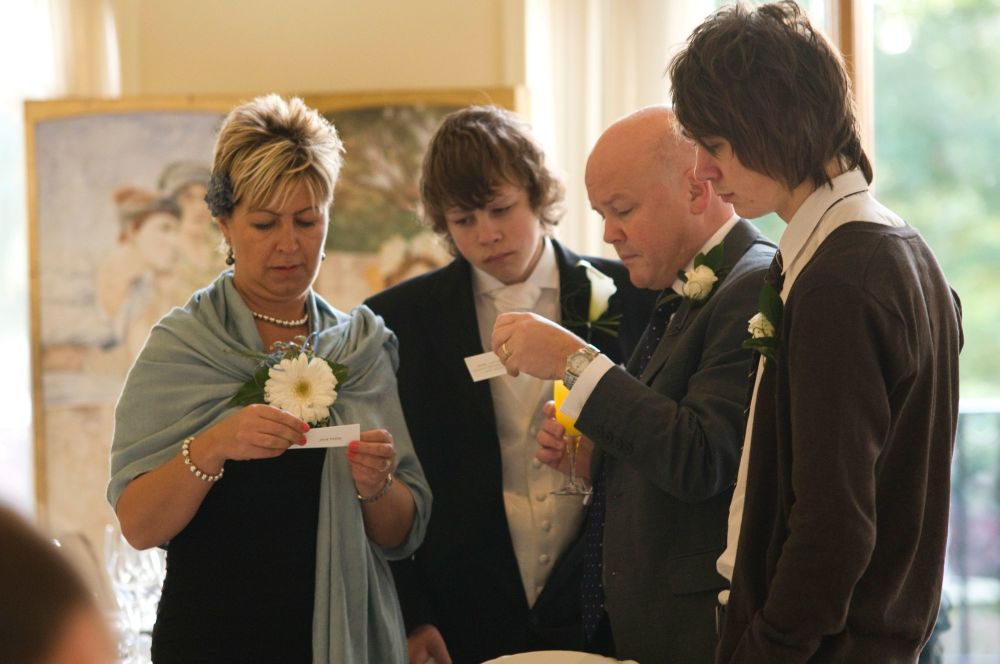 Three weeks prior to the wedding, the church finally hired a new vicar.  We attended is inauguration ceremony, so we could meet him.  Our wedding would be the first he would officiate in his new parish, so hopefully quite special to him. 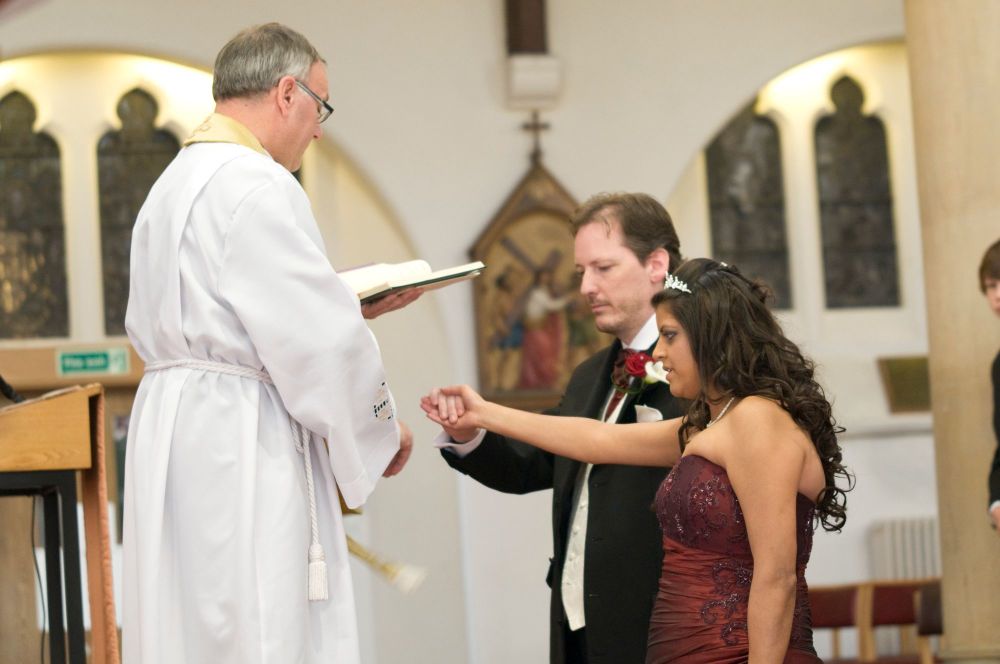 I really do urge couples who are in the early stages of wedding planning to do it together. It brings you closer together and really does cement why you’re doing it in the first place.  If you can’t agree on little things like colours and names for tables, then you must ask yourself, how will we manage when we have to make huge decisions in our lives?  Always remember it’s the vows you exchange at the altar that matter, everything else is just a bonus. 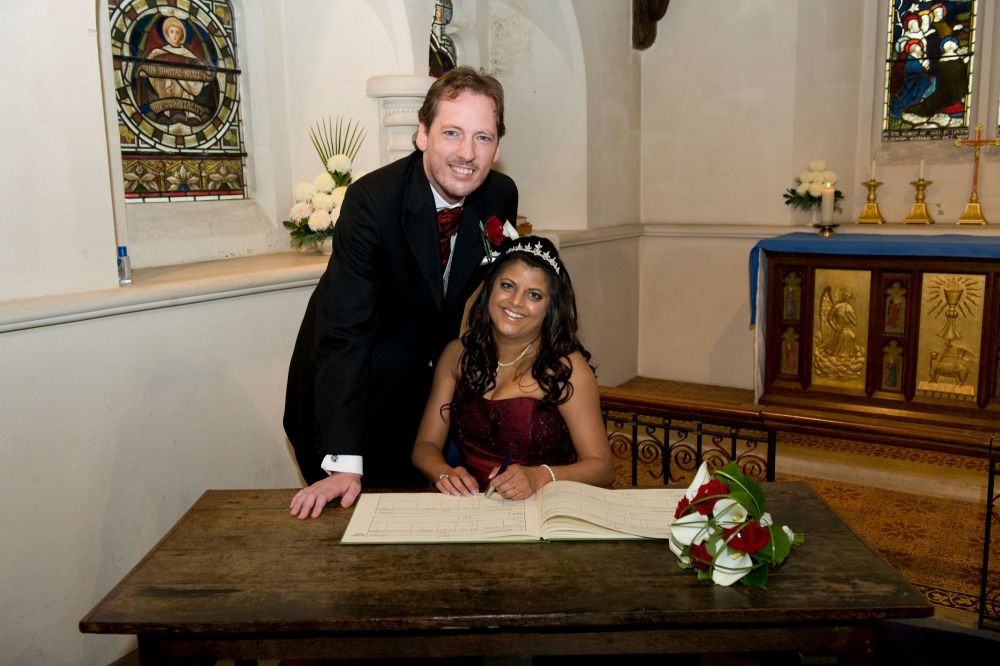