As a small business, there is no reason why I cannot support a charity within my business. I might not be able to donate thousands of pounds like large corporations can. However, what I can do is firstly raise awareness of that charity, then look into fundraising.

How do you know what charity to support?  There are literally thousands out there, so how do you narrow it down?  It really depends on what is important to you both in your work and personal life.  Do you want to support the environment? People? Animals? Medical Science? There are so many worthy charities that I want to support.  Currently I support a local Animal Shelter, A Gorilla Foundation and I volunteer once a week at a local Charity Shop for a Hospice. 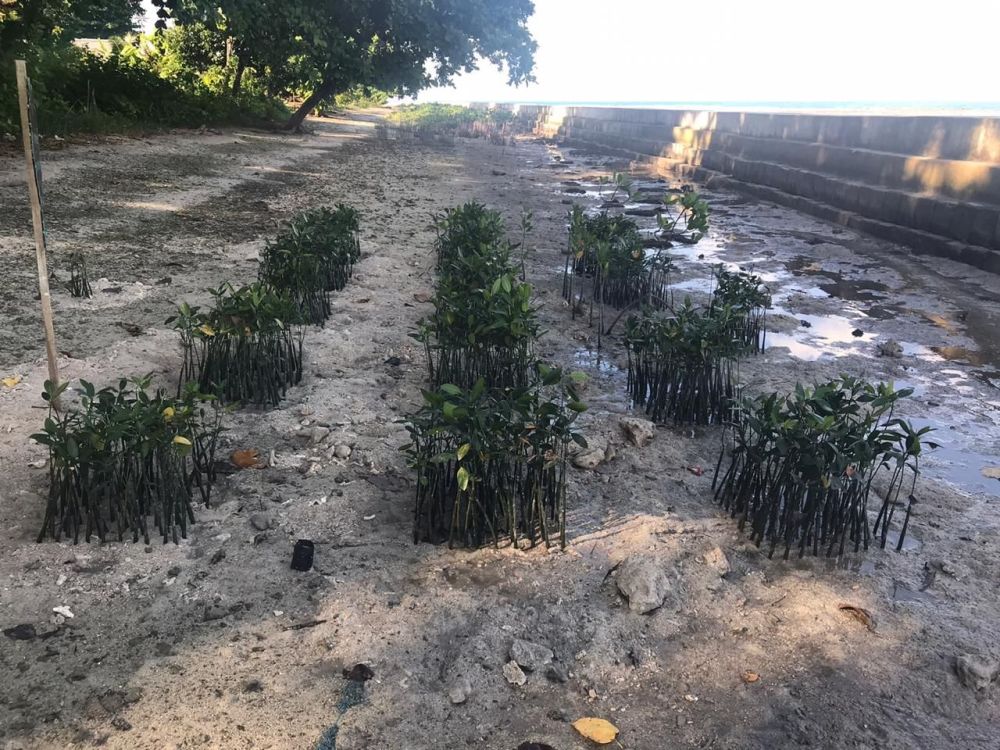 If you’d asked me who the Indonesia Indah Foundation were at the beginning of the year, I would have honestly told you I had never heard of them.  However, when I did discover them, something really resonated in me when I read about what the foundation does.

This is the opening statement about the Foundation, from their website:

Indonesia Indah Foundation has a dream of a sustainable, clean and even more beautiful Indonesia, on land and at sea.

Taking the experience learned from seven years of organizing mass-scale cleanups in Jakarta, we have grown into a multi-faceted environmental sustainability foundation. 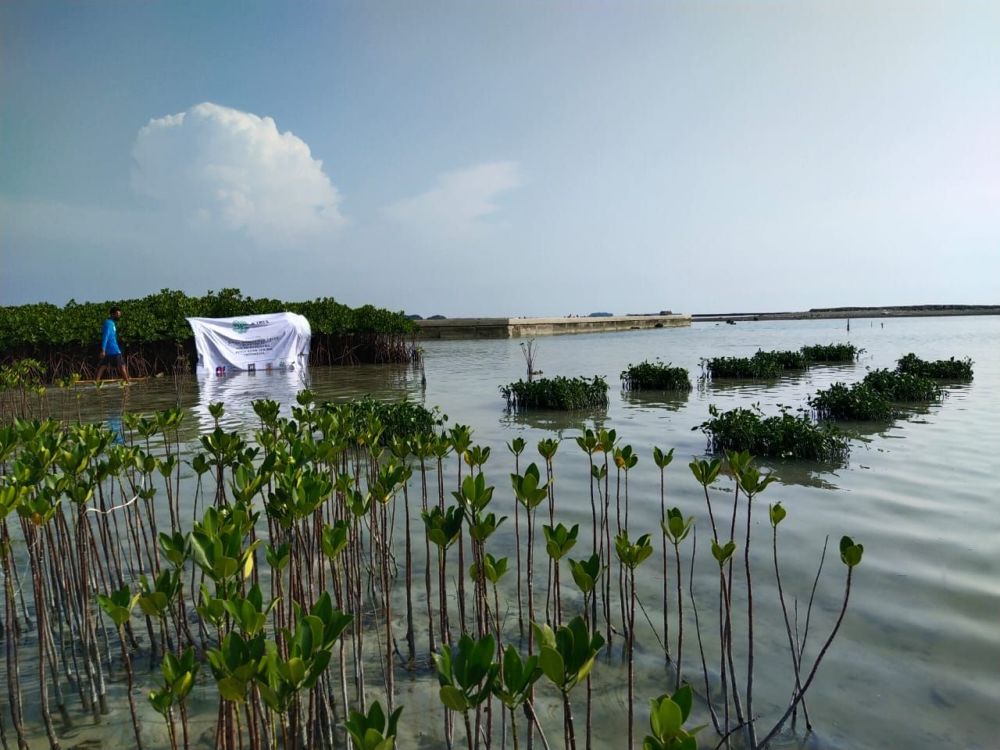 We should all care about our environment, we only have one planet and we should be mindful of this.

Not only do the foundation run Conservation and Disaster Relief programs, they run programs of which I believe are the most important kind – Educational programs.  We should be educating not only our future generations, but all generations about the importance of a sustainable environment.

The foundation, in their conservation program, are planting Mangrove trees to protect mangrove forests in Indonesia.

I’ll tell you why the mangroves are so important in a moment,  but firstly to answer the question why this resonated with me.  Going back to 2009 I was in Borneo on my honeymoon and one night I was out on a sunset boat trip with my husband.  No one else signed up for the trip, so it was just us and our guide, who was incredibly knowledgeable about the environment and the wildlife.  They took us to the mangroves and it was just magical.  The fireflies made the trees almost sparkle, the  proboscis monkeys were curiously spying on us, the water’s edge was teaming with fish,  birds were singing in the trees, there were dolphins swimming out in the bay.  It was incredible, it was like a sensory overload, but it was a memory that I will forever cherish, and I want to be able to go back and visit those mangroves on my 25th wedding anniversary, but right now, if we don’t act, that won’t be possible. 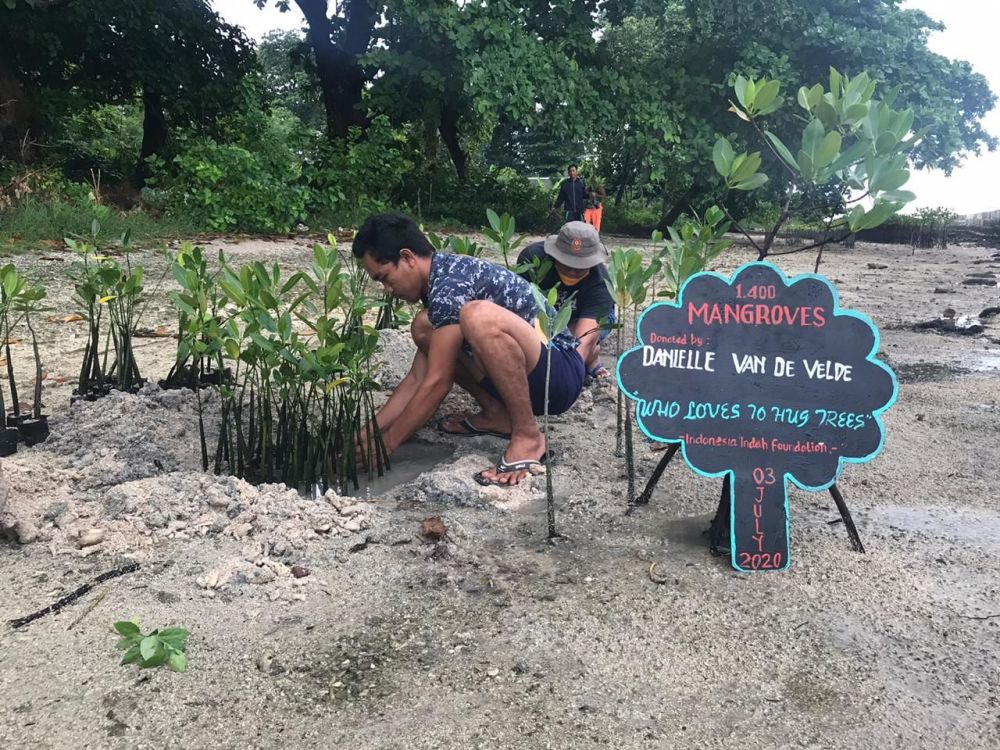 So what actually are the mangroves and why are they so important to our ecosystem?

Pound for pound, mangroves sequester more carbon than any other tree on the planet – crucial in the fight against climate change and adapting to rising sea levels. They also serve as nurseries in a vital food source for marine life and provide critical habitat for endangered species, from the Proboscis Monkey to the Fishing Cat and the Dugong.

Mangroves have specialised root structures (breathing roots or pneumatophores) as a result of their physical adaptation to oxygen-poor or anaerobic sediments/soils. Mangrove forests are rich in biodiversity, providing a habitat for wide varieties of animal and plant species, including cranes, crabs, and even monkeys.

They are dynamic areas, rich in food. Live and decaying mangrove leaves and roots provide nutrients that nourish plankton, algae, fish and shellfish. Many of the fish caught commercially in tropical regions reproduce and spend time in the mangroves as juveniles or adults. Mangroves also help other species survive, forming dense forests that shelter animals as well as shellfish and brightly coloured corals.

Indonesia is home to 20 percent of the world's mangrove forests. Unfortunately, due to illegal logging and land conversion, the nation has lost 1.8 million hectares of its mangrove forests, which is causing serious coastal erosion and abrasion. Indonesia Indah Foundation has a goal to reforest 1 million mangroves by the year 2025 in an effort to fight climate change, prevent further coastal erosion, and provide crucial habitat for many fish, bird and animal species. 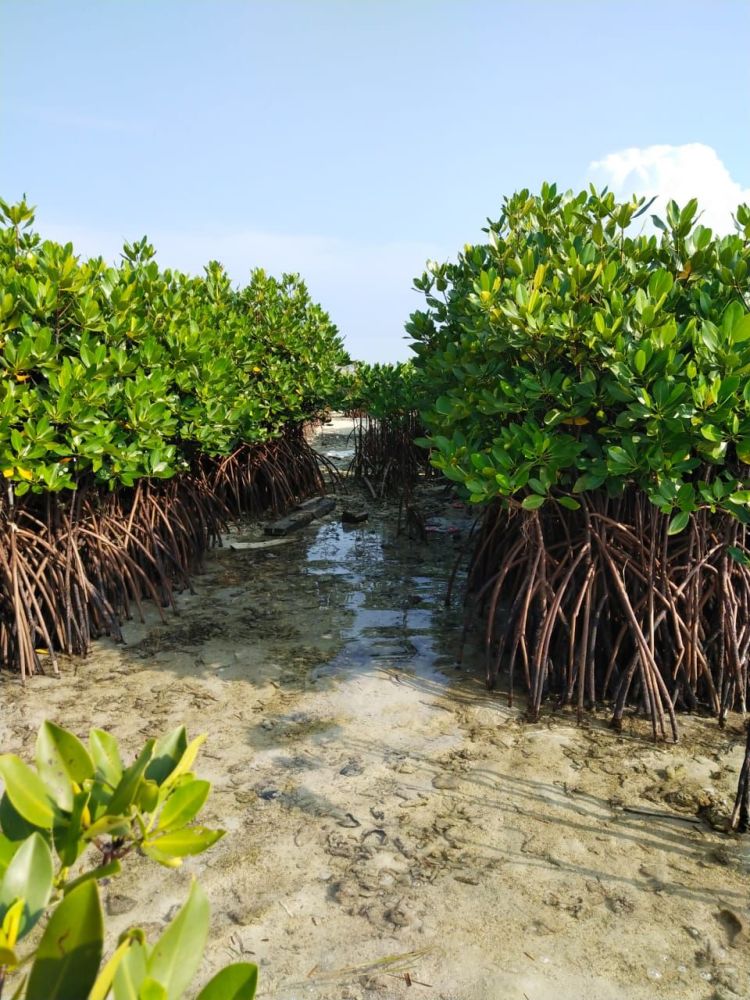 What Can I do?

It's understandable that to reforest one million mangroves will take time, but what can we do to help?  I propose to educate people on this side of the world about the importance of the mangroves and to raise what funds I can by designing and selling my own crochet and card items. It may only be a small contribution, but it is a start and it’s better than doing nothing.  If you would like to learn more about the Indonesia Indah Foundation you can access their website through this link.  If you would like to help educate, fundraise, or purchase one of my fundraising products please don’t hesitate to contact me.

“From every acorn grows a mighty oak.”

© Copyright Yours Occasionally 2021. All Rights Reserved.